Gerald Moore Unplugged is a blog dedicated to one man's mission of maximizing his life on earth. As a Father, Entrepreneur, Cyber Security Engineer, Personal Trainer, DeeJay/Producer - I have learned and accomplished many things in my short life. Through this blog, I will share all of the life lessons and skills that I have learned along the way in an effort to help others achieve their Dreams, Goals & Aspirations. One of my good friends told me one day, "No one knows who you really are, you have so much good information about so many things - you should share more with the world"

Purchase When Men Lean In We All Win 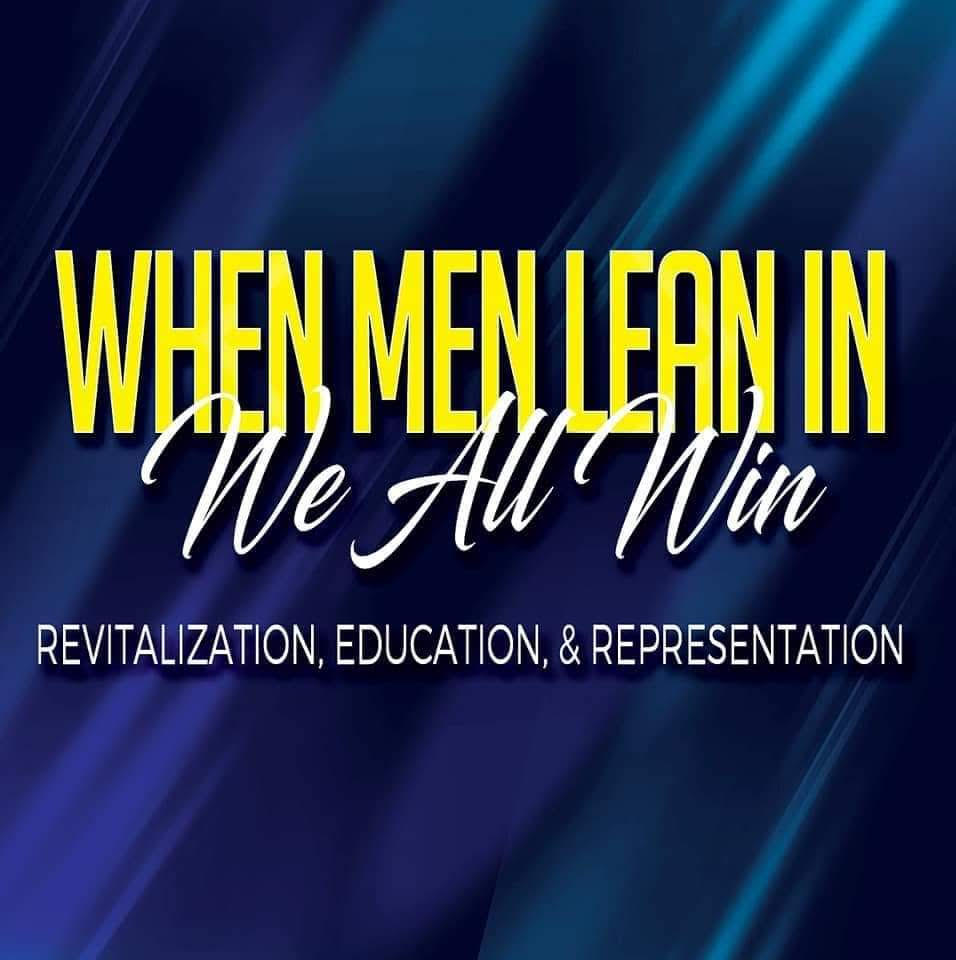 I am a contributing author of "When Men Lean In We All Win". This book features the stories of 14 Black men who exemplify who the black man really is and how we impact our communities.

I will sign all copies of the book purchased through this page and all proceeds will be donated to Mission Fulfilled 2030 nonprofit organization to support disadvantaged and underserved Black boys.

Therefore by purchasing through this page you are a HERO to youth in need.

We Must Pray for Graduating Class of 2020 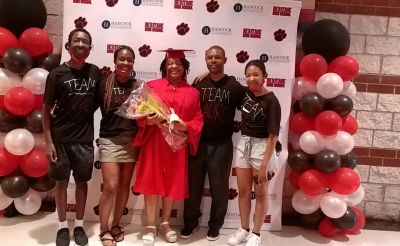 My daughter graduated high school yesterday in what I called the Chic-fil-A graduation ceremony. We rolled in one side of an empty auditorium they took her order, called her name and she walked across the stage by herself grabbed her diploma case off of a pedestal, we cheered and as we exited on the other side of the auditorium her counselor handed her the official diploma -- said congratulations and like Chic-fil-a it was efficient and expeditious.

As I reflect on my daughter's journey, every milestone in her young life seemed to be married to some horrific and tragic moment in American history, played out in real-time. The high school class of 2020 has gone through some traumatic experiences. I’m sure that a lot of these children are suffering from some form of PTSD

These children were born into a state of unrest because of 9/11 in 2001. Instead of a senior year making college decisions, going to proms and preparing to step into a world that is already unkind. They were put on house arrest, deprived of normal graduation unable to say goodbye to their friends due to a global pandemic. To top that off they were able to watch Ahmaud Arbery get hunted down and killed like an animal in the streets and witness the brutal unforgiving murder of George Floyd by the police which led to rioting and protest throughout the world.

I love my daughter but here are some of the traumatic conversations that we’ve had in her short life many of which I did not have the answers to her questions:

2003 Spaceship Columbia breaks up re-entering the earth's atmosphere. Seven astronauts were killed. We were watching it.
2003 Iraq War - all news was missile attacks on Baghdad playing live on tv like a movie series (this is when we stopped watching the news)
2005 Hurricane Katrina hundreds killed hundreds of displaced thousands
2008 Financial markets crashed - my daughter had friends that were pulled out of school as their parents lost their homes.
2008 Obama becomes the first black president. This was great but I had to have conversations about why the white kids were treating her differently.
2011 Osama Bin Laden. The US had kids scared that all Muslims were terrorists and my daughter had Muslim friends.
2012 Trayvon Martin (17) shot and killed by George Zimmerman, which had my daughter fearing for her brother's life
2013 Boston Marathon bombing, I ran in the 2012 marine corp marathon. I was asked not to run again
2014 Michael Brown was shot by a policeman in Ferguson sparking nationwide rioting and protests.
2014 Tamir Rice (12) was shot and killed by police officer Timothy Loehmann while playing with a toy gun. From that point on black kids could no longer play with toy guns.
2015 White supremacist killed 9 Black people at church in Charleston
2015 Muslim couple killed 14 and wounded 21 others at an office party in San Bernardino, California
2016 as a Freshman Donald Trump was elected president which again led to conversations of bigotry amongst school-age kids
2016 Alton Sterling Shooting by police
2017 Protest in Charlottesville white supremacist drive into crowds of people
2018 Botham Shem killed in his apartment by Amber Guyger, a police officer who walked into the wrong apartment, which sparked a nationwide protest.
2020 We all know what happened.

Sometimes I get on my children for not being focussed or I tell them that they are not working hard enough. But when I look back a the road my daughter has traveled to cross the stage, I have a better understanding of what these kids are going through. Every generation has its ups and downs, but this generation gets to watch everything in real-time and have to try and make sense of it all when no one is providing any answers. More than any other time in American history children are suffering from anger management issues, anxiety, depression alcoholism, and drug abuse.

We have to pray for these children and show more empathy. Though they may have all the technology and perceived opportunity this has come with a cost and the mental health of these kids are paying the price. I would be insane if I spent 75% of my time in the thoughts of random individuals on social media. I would go crazy if I felt that my self-worth was based on the comments of followers I don't know personally and will never have any physical impact on my life. But these are real issues that this generation faces with no measures in place to help them cope with all the madness.

I say this to anyone with children: tell them you love them every day, let them know that you understand, and if you don't be willing to listen unbiased. No one has a child that doesn't want them to inherit a better world to live in, I think that we are moving backward and the high statistics of suicide by children and young adults is proof. With the recent events of police brutality and global pandemic, I hope these events have awakened the masses to understand that we all have to be the change that we want to see or life as we know it won't exist for our great-grandchildren.

Coming Out of Retirement 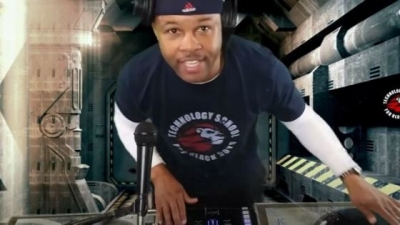 It's mid-April and we are quarantined to our homes due to a global pandemic. Yes Corona Virus AKA COVID-19 has taken over the planet and forced everyone into this new social distancing existence.

But what this new normal has brought into my life is a little more time to do the things that I like to do. The reason why I started this blog was to make sure that I continue to do all of the things that make me unique. One of those things is my love for Hip Hop Culture, the Music, and more specifically the DJ. 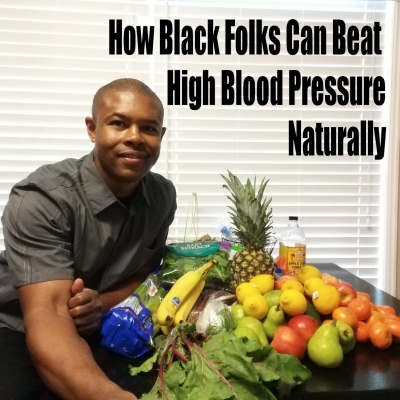 Confession: my name is Gerald Moore and I am a High Blood Pressure (hypertension) survivor. High Blood Pressure is deadly in the black community and a lot of it is self-inflicted. On any given day you can look on social media and see one million likes on a soul food plate that’s going to give the person a heart attack. I know why I was on this track. What about you? 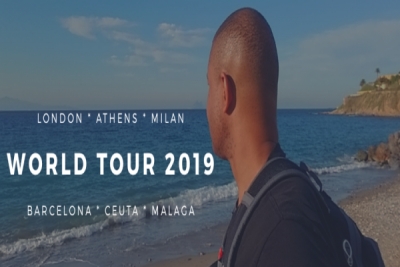 While sitting in Joe & The Juice at the Rekjavic-Keflavik airport in Iceland people watching. I was thinking to myself “Why black Americans don’t travel internationally?” 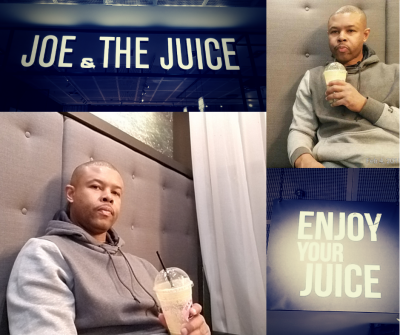 On my most recent trip abroad and yes it has a title - “World Tour 2019” #WT2019. I was documenting the trip on social media - when people began to ask questions, which actually answer the question I was pondering - “Why black Americans don’t travel internationally?” The comments I received basically fell into three categories:

I will address these concerns from the comments I received from my perspective.

Published in Travel
Tagged under
Read more...
Page 1 of 2